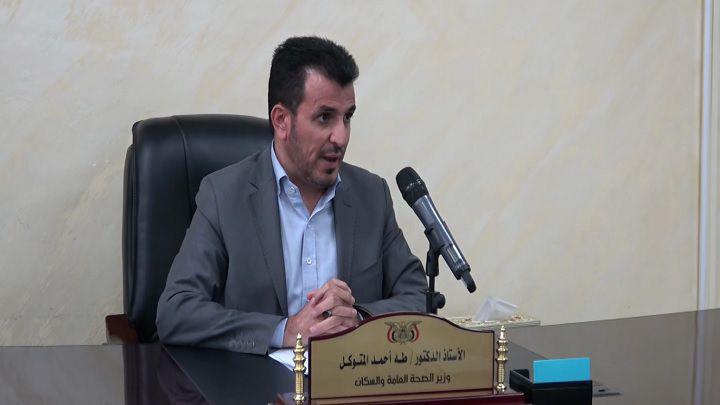 SANAA, Dec. 7 (YPA) – The Minister of Health Taha Al-Mutawakil inaugurated on Saturday a free medical camp in the capital Sanaa.

During opening the five-day camp in Al-Rawdha hospital, the minister affirmed that the that the camp aimed to alleviate the suffering of the citizens as a result of the ongoing aggression and the siege imposed by the Saudi-led coalition on Yemen.

Al-Mutawakil called on businessmen to participate in supporting medical camps within the framework of the community participation to ease the suffering of Yemenis due to the difficult financial conditions that carried out by the aggression.

The camp was organized by General Authority of Zakat in cooperation with the Ministry of Health.