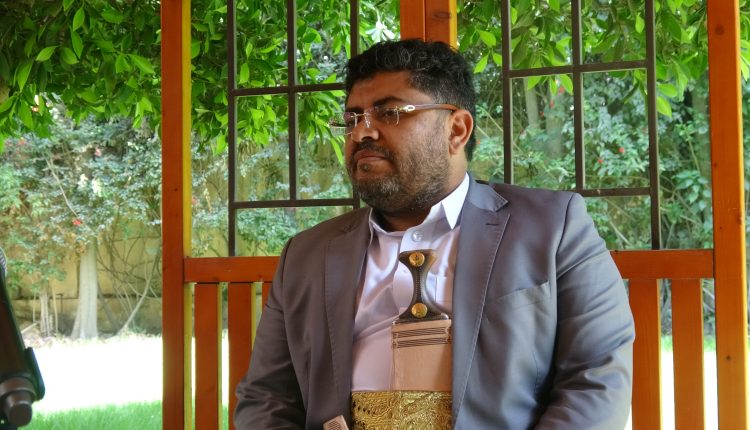 SANAA, Dec. 26 (YPA) –  Head of the Supreme Revolutionary Committee, Mohamed Ali Al-Houthi, held a special interview published by Al-Jazeera English on Tuesday, in which he said he was looking forward to seeing “a united and democratic Yemen.”

The dialogue, published by Mohammed Ali al-Houthi in his tweeter page in which he said, he suggested to the national delegation to form a government and the holding of elections and others steps.

Al-Houthi said that the situation for the government, if it is composed of technocrats so as not to be subject to quotas and partisan tendencies, will be sound and it will be a government that can manage the transition phase and move on to elections. It will have a specific programme and mechanisms to implement it from the first time it meets.

He explained that the government during the transition will be consensual because post-war Yemen will need consensus to allow it to prepare for elections.

Al-houthi added that they welcome the holding of serious elections that can reshape the House of Representatives and other electoral boards in the Republic of Yemen.

Army carries out counter-attack in Najran

7 injured in shooting in popular market in Texas, USA