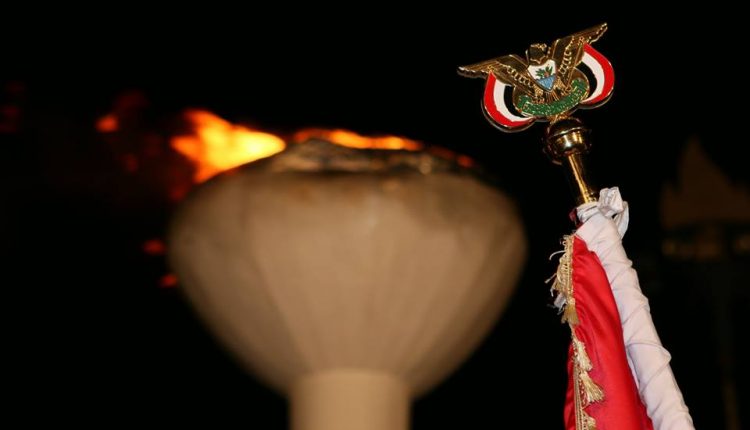 SANAA, Sept. 25 (YPA) – A torch lighting ceremony was held on Tuesday evening in Tahrir Square in the capital Sanaa to mark the 56 anniversary of 26 September Revolution, which toppled the Imamate regime in 1962 and declared the Republic establishment.

This anniversary came while Yemen has been witnessing an unjust war by Saudi-led coalition countries since March 26, 2015, under the pretext of restoring legitimacy of the resigned president Abd Rabo Mansour Hadi.

At the ceremony, attended by Defense Minister and Mayor of the capita, Minister of Youth and Sports Hassan Zaid delivered a speech saying that “Saudi Arabia stood against the 26 September 1962 revolution and tried to abort it, but it failed after seven years of war and conspiracy.”