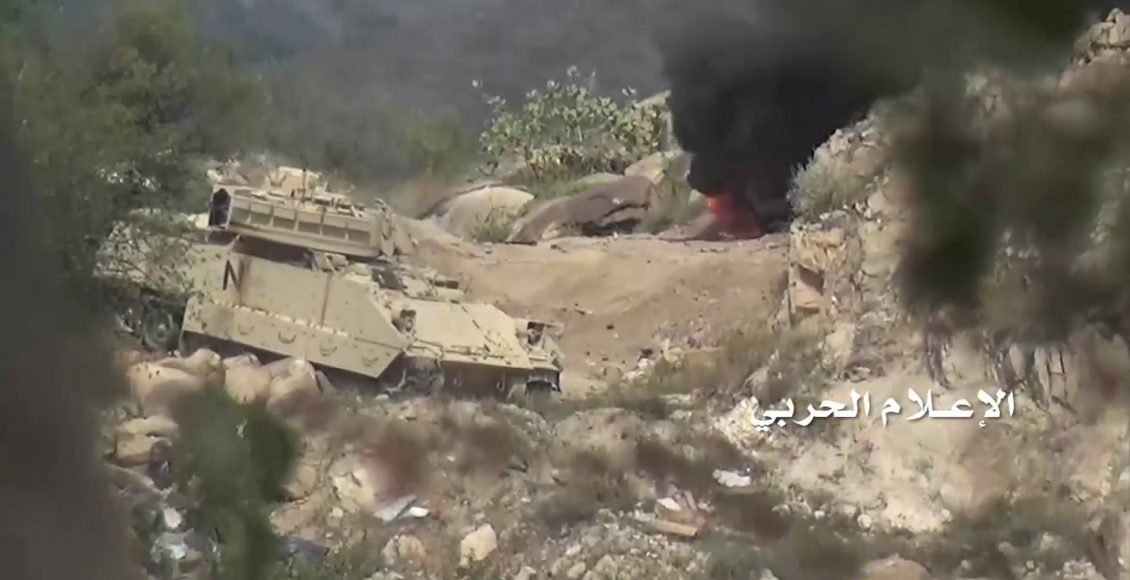 The engineering unit of the army destroyed a Saudi’s tank off Alib border crossing, the official said.

The official confirmed that the artillery forces destroyed a military vehicle belonging to the Saudi-backed militias with a number of shells in the same site, killing all its crew members.