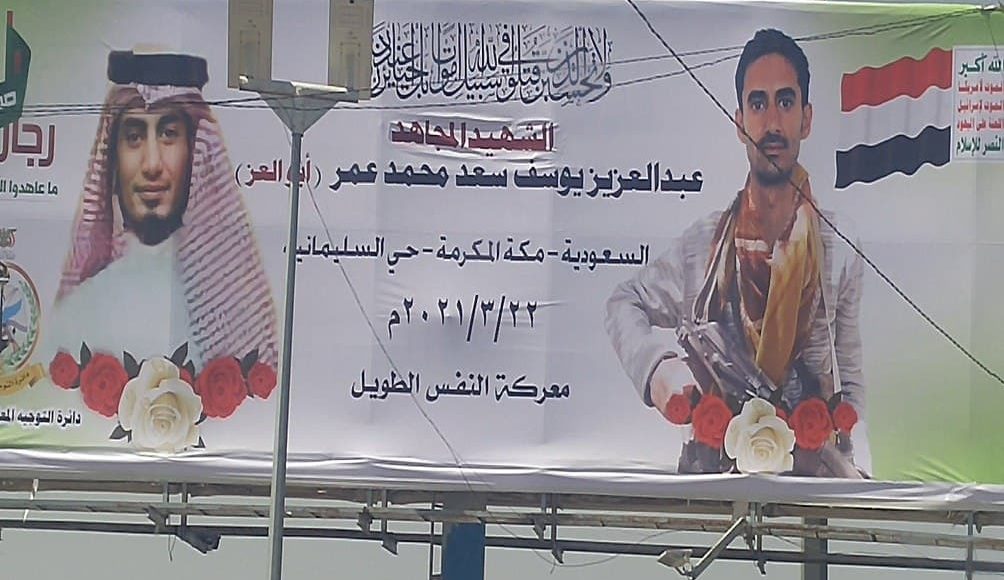 SANAA. March 27 (YPA) – A funeral was held on Saturday in the capital Sanaa for the Saudi soldier who was martyred while fighting alongside the Yemeni army and popular committees against the Saudi-led coalition forces.

Top officials performed a funeral prayer for the Saudi martyr in Sha’ab Mosque and he was buried at the same area.

Abdulaziz Yousef Saed Mohamed Omar, a Saudi citizen from Mecca, has been martyred while fighting alongside Yemen revolutionary forces against the Saudi-led invaders.

Abdulaziz Omar was originally a soldier in the Saudi army, who was captured in battle by Yemeni forces.

After his release from captivity, he refused to return to Saudi Arabia, opting instead to join the ranks of the National Salvation Government and fight against the tyranny ruling over his motherland .