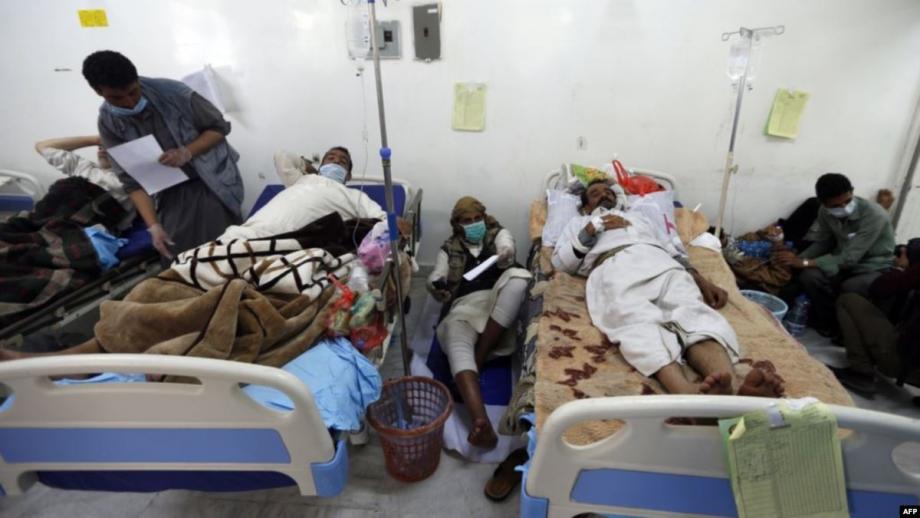 The organization added, in a report published on its website on the health situation in Yemen (between January and November 2020), that Taiz, Hodeida, Bayda, Ibb and Sanaa are the provinces that witnessed the most outbreak of the epidemic.

The report emphasized that the WHO continues to support health authorities in responding to the spread of the epidemic.

For its part, the Ministry of Health and Population in the Salvation Government in Sanaa said that the total number of suspected cholera cases during the year 2020 reached 228,000.

The official Yemeni News Agency (Saba) in Sanaa reported, quoting the Ministry of Health, that 1,200,000 suspected cases of malaria have been registered, including 152,000 confirmed cases, while the confirmed cases of dengue fever reached 57,000 cases.

It indicated that the suspected cases of seasonal influenza infection amounted to 6,615 cases.

Yemen suffers from a severe deterioration in the health sector due to the ongoing war launched by Saudi-led coalition for the sixth year in a row, which led to the closure of half the number of medical facilities in the country, making thousands of people vulnerable to epidemics and diseases.