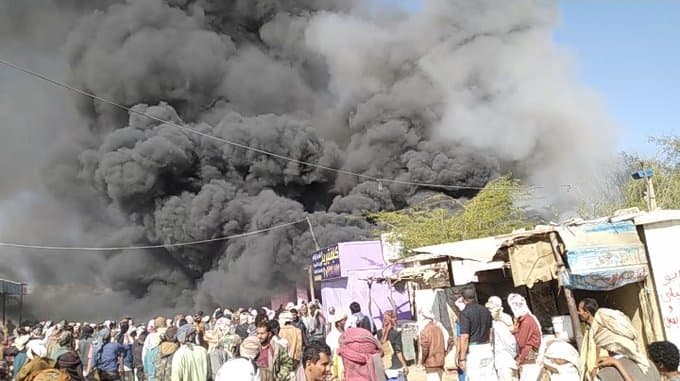 ABYAN, Jan. 12 (YPA) – A massive fire broke out on Monday in the Al-Mahfad Hospital in Abyan province, causing severe damage to the hospital and its supplies, local sources reported.

The sources confirmed that the fire led to the burning of two ambulances that were parked inside the hospital fence, five generators and a number of diesel and water tanks, without causing human losses.

The fire was caused by an electrical fault in one of the generators located inside the hospital fence, the sources explained.

Al-Shami: US is the head and sponsor of international terrorism

Pentagon: There are no indications of internal threat before Biden’s…