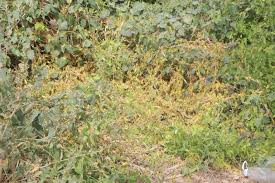 SANAA, Oct. 31 (YPA) – The Food and Agriculture Organization of the United Nations (FAO) has reported that the livelihoods of farmers and pastoralists in Yemen have been severely affected by the continued spread of desert locusts.

According to a report by FAO, the agricultural blight has destroyed crops in many areas of the country, increasing the suffering of thousands of people already exhausted, due to years of war.

FAO said it supports Yemen’s Ministry of Agriculture and Irrigation in efforts to control desert locusts by providing logistics and training field teams.

The organization explained that Yemen was a breeding ground for desert locusts and that controlling its spread was crucial in preventing a new spread of the scourge in both the Horn of Africa and South-West Asia.

It stressed that not all areas of the country can be reached because of the security situation, giving locusts time and space to breed.

Desert locusts are one of the most harmful migratory pests in the world and can reproduce at a very rapid pace under the right conditions. Every three months, the reproduction cycle can grow by about 20 times.

Desert locusts target crops and plants that are used as feed for livestock. One locust eats food weighing 2 grams per day. There could be between 40 and 80 million adult locusts per square kilometer.