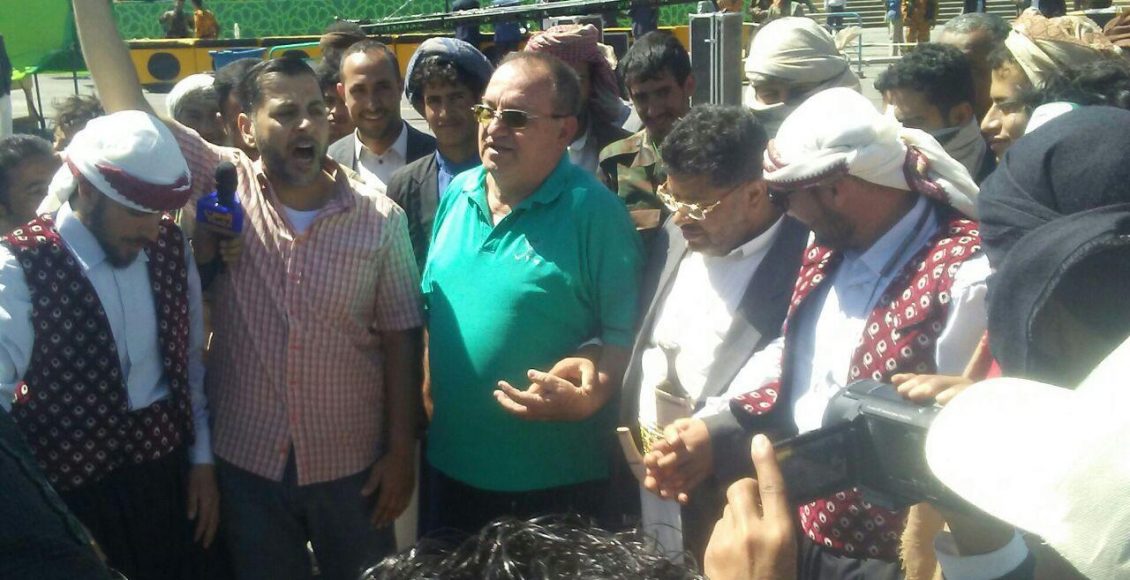 SANAA, Oct, 28 (YPA) – Member of the Supreme Political Council, Mohammad Ali Al-Houthi, said on Wednesday that the Yemeni people would strongly respond to the French President Emmanuel Macron’s insults of Islam by large crowds organizing on Thursday in the capital Sanaa.

Al-Houthi, during his visit to Al-Sabeen Square in the capital, expressed his thanks to all those who participated in preparing to organize the celebration birth of Mohammed Prophet.

“The Yemeni people always draw a great picture to the world being continued to celebrate the birth of the Prophet despite the blockade imposed by the Saudi-led coalition,” he added.

Al-Houthi called on the Yemeni people to a large gathering and crowds in the celebration of the birth of the Prophet in Sanaa.