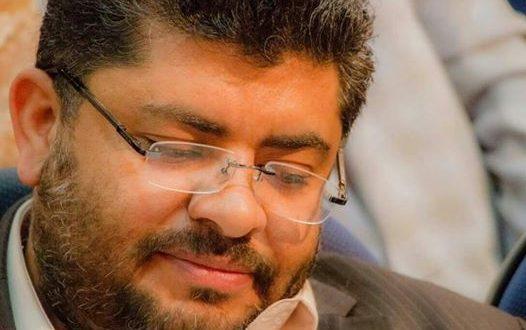 SANAA, Oct. 22 (YPA) – The US has sought to delay the release of American captives and President Donald Trump wanted to implement the deal for electoral reasons,” said Mohammed Ali al-Houthi, a senior member in the Supreme political council.

He pointed out that “the Americans refuse to open embassies in Sana’a and imposing a diplomatic blockade on us.

The Iranian ambassador is very welcomed,” he added

Al-Houthi expressed dissatisfaction with the exchange of prisoners in Yemen.

“We offered a total and comprehensive exchange, but the forces of aggression refused,” he said, adding that the  aggression coalition forces demanded the release of criminals and terrorist elements and left the officers and the military, and we still have Saudi prisoners and other nationalities, and we hope that the next exchange deal will include Palestinian brothers.

“We offered an initiative to release Palestinian detainees in Saudi Arabia in exchange for the release of Saudis and we submitted regulations,” al-Houthi explained, adding that “we were until the last minute and we expected that the exchange deal would fail because the countries of aggression do not care about their families.”

He added that the countries of aggression rejected the initiatives of the United Nations and the proposals we have submitted to complete peace in Yemen.

Al-Houthi concluded by saying,” we are ready to implement the comprehensive prisoner exchange, but there are those who are blocking that”, referring to the Saudi-led aggression forces and their tools.

Last Friday, The Yemeni warring parties have conducted the largest prisoner swap of the war on Thursday, under a deal signed in Switzerland last month.

The International Committee of the Red Cross (ICRC) in Yemen confirmed that the exchange deal of prisoners and detainees was the largest of its kind and that carried out successfully and greatly between Sanaa and the Saudi-led coalition.