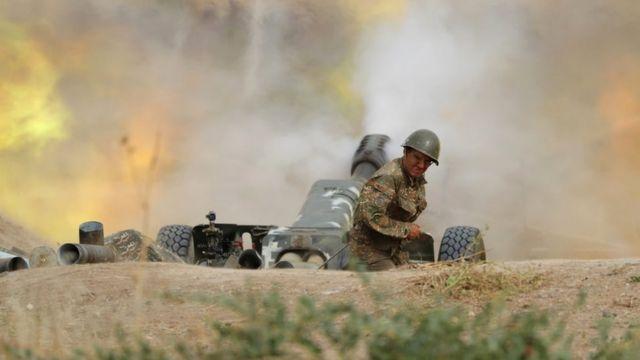 SANAA, Oct. 17 (YPA) – The Armenian armed forces shot down on Saturday three drones of the Azerbaijani armed forces afternoon over the sky of Armenia.

Armenian Defense Ministry press secretary Shushan Stepanyan said, “at 16:30 PM to 17:45, PM the country’s air defense shot down three enemy drones in the airspace of the Republic of Armenia, and another plane was destroyed in the sky of Artsakh.

Meanwhile, Baku confirmed that its air defense forces destroyed three Tor missile systems of the Armenian armed forces during the battles in the Gabriel region.

On September 27, the military clashes between Armenia and Azerbaijan on the contact line in the Nagorno Karabakh region and adjacent areas renewed, and tension escalated as the two sides exchanged shelling with missiles and artillery, in the fiercest round of the 30-year-old conflict, amid mutual accusations of starting hostilities and bringing foreign militants.