Paris calls for sanctions against Washington 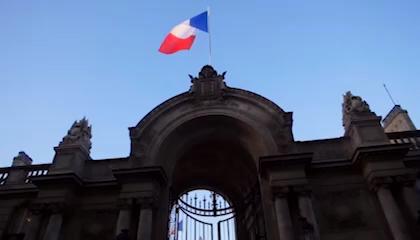 SANAA, Oct. 17 (YPA) – French Finance Minister Bruno Le Maire called on the European Union to impose sanctions on the United States, in the context of a dispute over government aid to Boeing and Airbus.

Le Maire said in a televised interview that “Europe must prepare to impose sanctions on the United States because it has the right and because it has power,” adding that “Trump indicated that Washington would respond by imposing duties if the European Union imposes customs duties on American goods.”

In turn, Brussels indicated that it is seeking “an amicable solution, but Le Maire described the issue of fees as a” major political option to see if we are still powerless in the face of US sanctions or if we are able to show our strength when the law allows us to do so.

The World Trade Organization confirmed last Tuesday that Brussels could impose customs duties of 4 billion dollars on American imports in response to the illegal US aid to the American “Boeing”.

Last year, the World Trade Organization allowed the imposition of US sanctions worth 7.5 billion dollars on European goods and services because of Brussels’ support for “Airbus”, and this decision was the latest development in the 16-year-old dispute between Washington and Brussels over support for aircraft manufacturers.

The Executive Vice President of the European Union Valdes Dombrovskis said that he “wants a negotiated settlement with the United States, avoiding” harmful rounds of measures and countermeasures. ”

Last Tuesday, the French minister in charge of foreign trade, Frank Riester, called for “a negotiated friendly agreement between Washington and Brussels.”

The United States and the European Union have been trading accusations for years about supporting the domestic aviation sector through tax cuts, research grants and other aid.

Campaign of arrests against activists launched in Abyan

WFP: 40 % of Yemeni families are unable to meet their needs

PM: Judiciary independence is holy principle that should be preserved