Marib battle is important part to liberate all Yemen: Al-Ruwaishan 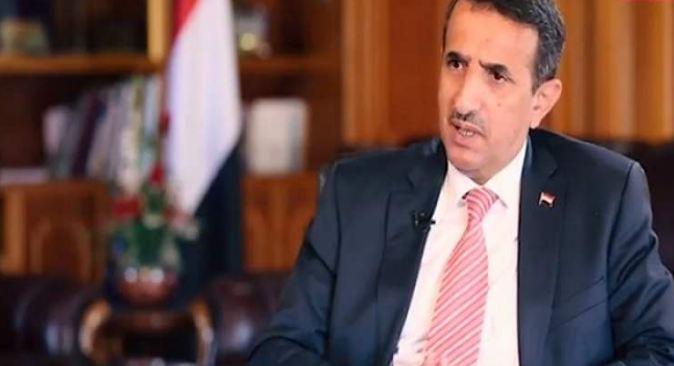 SANAA, Sep. 16 (YPA) – Deputy Prime Minister for Security and Defense Affairs, Gen. Jalal Al-Ruwaishan, confirmed on Wednesday that the battle in Marib is an important part to to liberate every inch of Yemeni soil.

Al-Ruwaishan in an interview with Al-Masirah newspaper, said: “Our responsibility is to liberate all Yemeni lands and territorial waters, regardless of the extent of political and diplomatic pressures.

He added that any “aggression “against vital targets in Marib or elsewhere would meet a strong response.

Al-Ruwaishan indicated that the Saudi-led coalition countries have known that the Yemeni army does have the full capacity access to the coalition’s vital and economic facilities.

“The military and security forces and the intelligence services work jointly and in constant coordination on every front ,and community security has contributed to reducing crime rates,” he explained.

Major General Al-Rawaishan emphasized that the timing of the announcement of “normalization” has been linked to the US and Israeli elections and paves a way for a new Sykes–Picot Agreement.

He reaffirmed that the countries of the coalition were not serious in implementing the Sweden agreement in an attempt and a tactical step to take over Hodeidah governorate.

WHO reveals total number of coronavirus cases in Africa