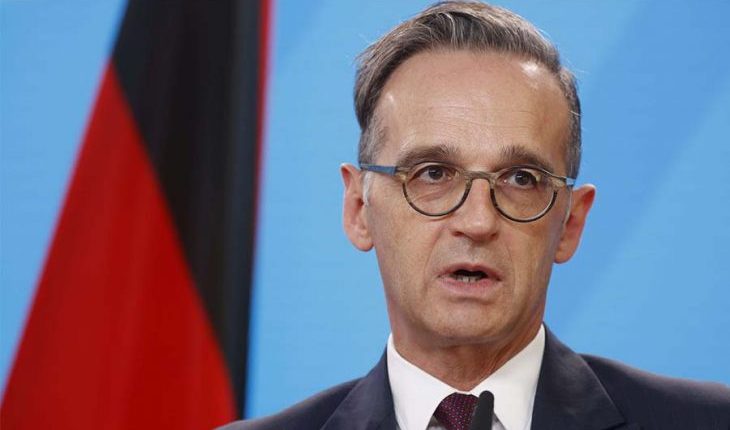 SANAA, Sept. 16 (YPA) – The German government revealed that it had provided two billion euros to support Iraq economically and in security, while the Minister of Foreign Affairs of Iraq, Fuad Hussein, pointed to the importance of continuing German support to Iraq, especially in the field of security and eliminating the presence of the “Islamic State” organization in Iraqi cities that witnessed military operations.
On Tuesday, the Iraqi minister discussed with his German counterpart Heiko Maas, in the German capital Berlin, ways to achieve common benefits for the two countries, as well as seeking regional stability.
According to a statement by the Iraqi Foreign Ministry, Hussein met with Maas in the building of the German Foreign Ministry, and “the two sides discussed the efforts of the Iraqi government to preserve Iraq’s sovereignty, achieve political stability and economic development.”
The two sides also discussed, according to the statement, the outcomes of the Iraqi-American strategic dialogue, and the actions of Iraq to be a meeting point and a basis for achieving regional security and stability.
Hussein affirmed, “The Iraqi government’s commitment to holding the elections on time, in accordance with standards of integrity, transparency and international oversight.

The upcoming elections will be an opportunity to enhance the people’s confidence in the political process.
The Iraqi Foreign Minister stated, “ISIS is still present in the outskirts of Kirkuk, Salah al-Din, Mosul, and the Anbar desert, and that Iraq needs the support of friends and partners in fighting this terrorist organization, and training and intelligence support.”
On the relationship between Germany and Iraq, he pointed out, “It is an important relationship”, expressing his thanks to Germany’s stances, “especially in confronting the terrorist organization ISIS.”
Maas, stated that «his country stands by Iraq in its efforts to face all the challenges facing it and in the various security, economic and health sectors in light of the Corona pandemic», stressing that «his country will continue to support Iraq’s battle against ISIS, and promote reform of its economy.
He revealed, that his country “provided two billion euros to Iraq as financial aid to face its financial and security crises,” appreciating “the reform project to strengthen the economy, and we support the strengthening of security in Iraq, and we want to extend our mandate in the war on ISIS, stressing that“ Berlin supports the stability of liberated areas in a sustainable way. ”
And he expressed his “appreciation for the effort and speed the Iraqi government made in liberating the German hostage.”