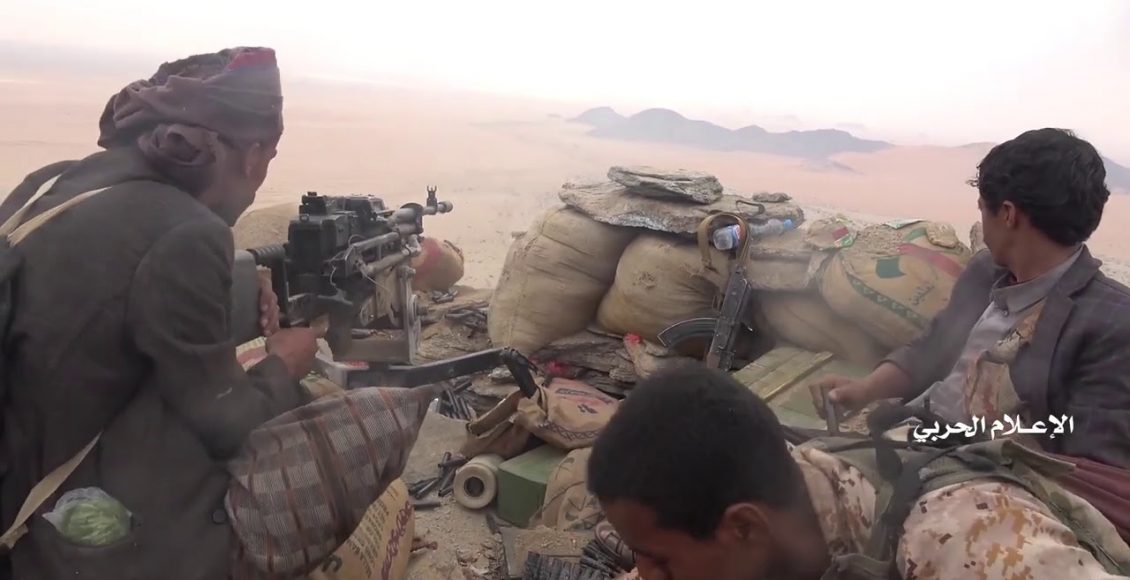 JWAF, Sept. 1 (YPA) – The military media of Yemeni army has on Tuesday released a video footage showing launching an offensive against Saudi-led coalition forces and their mercenaries in Jawf province.

The video showed the army forces storming sites of the mercenaries and liberating mountain ranges in the Khwar Al Ethna’ash areas, which is overlooking the Thayba Al-Esam Camp in Dhohra .

The operation began by attacking the fortifications of the mercenaries and their positions, which led to their massive escape in their ranks.Yemeni army gained weapons during the attack.