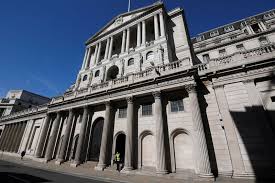 SANAA, June 30 (YPA) – Britain’s economy has experienced the largest decline in 40 years, since early 2020, due to the Corona virus crisis that has swept the world.

The British economy shrank by the most since 1979 early this year, as families cut their spending, according to official data that included the first few days of public closings imposed due to the Corona pandemic.

The Office for National Statistics said that gross domestic product decreased by 2.2 percent compared to the previous quarter, between January and March.

This was less than the average economists’ forecast in a Reuters poll, which was indicating a decrease of two percent.

It should be noted that Prime Minister Boris Johnson will announce today, Tuesday, his plan to accelerate the recovery of the British economy, as he will pledge to accelerate infrastructure investments worth five billion pounds ($ 6.13 billion).