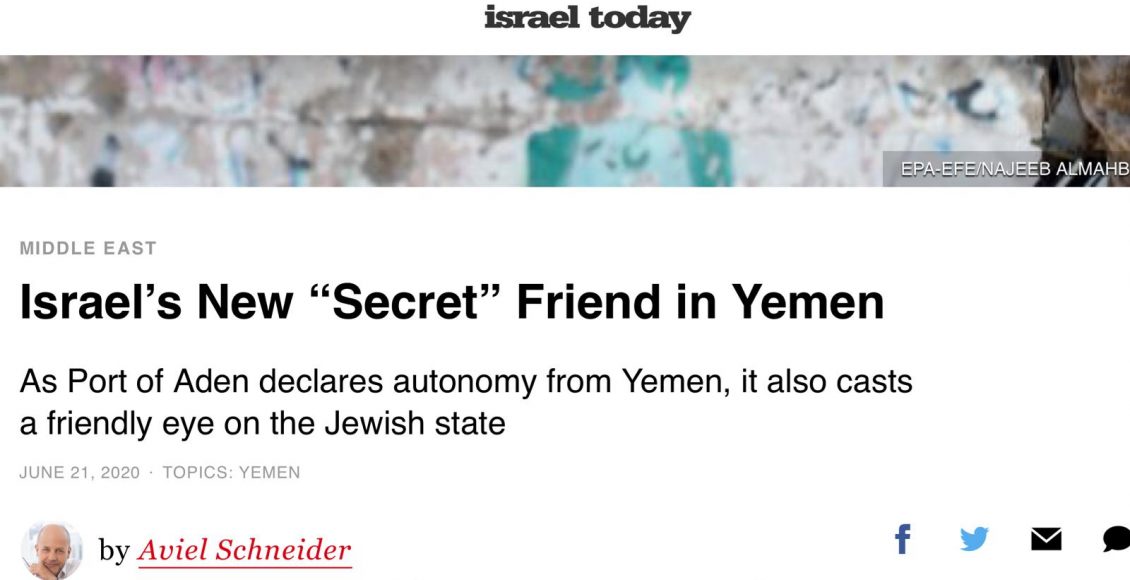 According to Israel Today, the STC is considered “Israel’s new friend in the Arabian Peninsula.”

Journalist Aviel Schneider wrote an article on Sunday under the title ” Israel’s New “Secret” Friend in Yemen”, in which he noted that behind closed doors, “the region is witnessing the birth of a new Arab state in Aden, Southern Yemen, the former British colony in Yemen, in the Middle East.”

“The Southern Transitional Council is being led by Major General Aidarous al-Zubaidi, governor of Aden province until April 2017. Aden was a British Crown colony from 1937 to 1963,” the writer said.

He added: “Surprisingly, at a recent press conference, the STC expressed a positive attitude toward Israel, although the question of official diplomatic relations with the Jewish State has yet to be discussed.”

The writer also pointed to the statement made by, Hani bin Breik, vice-chairman of the STC, in previous tweets about Israeli-Arab relations.

According to the writer, “many Israelis responded positively to these sentiments, and sent greetings to the new autonomous state in Yemen. Various sources in Jerusalem told Israel Today that Israel is conducting secret meetings with the new government in southern Yemen.”