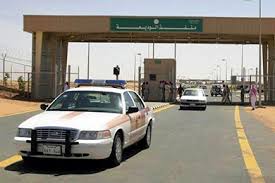 The sources confirmed the deployment of Saudi armored vehicles and military patrols near the weapon checkpoint at the Al-Wadiah crossing, in anticipation of any surprise attacks.

The sources added that the military movements of the Saudi forces came in anticipation of any military operations that might be carried out by the army and popular committees after the latter’s control over Jawf province nearby the border crossing.