Clashes break out in several areas of Tripoli 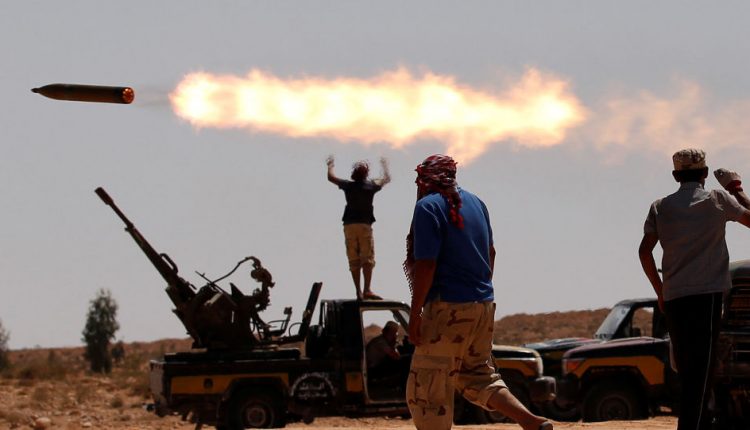 SANAA, Feb. 9 (YPA) – Libyan military sources in the capital, Tripoli, on Sunday reported the clashes with heavy and light weapons broke out between the parties to the conflict.

The clashes were heard in several areas south of Tripoli.

Military sources said: “Tonight I heard the voices of clashes clearly in the area of the project with heavy and medium weapons.”

“The clashes are now heard between line 2,  6 and behind the equestrian school and even from the al-Sharif island area and one line,” the sources said.

In the same vein, the UN mission in Libya on Saturday evening proposed setting February 18 as the date for a new round of negotiations for the parties to the Conflict in Libya in Geneva.

“At the end of the first round of meetings of the Joint Military Commission (5+5), which began last Monday in Geneva and ended Sunday.

The parties to the conflict agreed on the need to respect the truce and to ensure the preservation of Libya’s sovereignty,” the UN said in a statement.

The parties also supported, according to the mission, “the ongoing process of exchanging prisoners and returning the bodies”.

“While both sides agree on the need to speed up the return of displaced persons to their homes, particularly in areas of clashes, they have not reached a full understanding on how best to restore normalcy to these areas.”