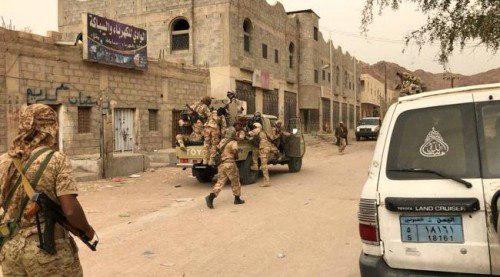 SHABWAH, Dec. 31 (YPA) – Three militants were killed and five others wounded in fierce clashes in Yemen’s southern province of Shabwah, according to sources.

The clashes broke out between the Saudi-backed exiled Hadi’s forces and Habor tribes in the province, in which heavy arms and Katyusha rockets were used.

The sources affirmed that the clashes happened came against the background of the kidnapping carried out by gunmen against a brother of Turki al-Kabai, who is a commander of the so-called special security forces of Hadi.