Al-Houthi: The Riyadh Agreement violates all the UN Security Council resolutions regarding Yemen 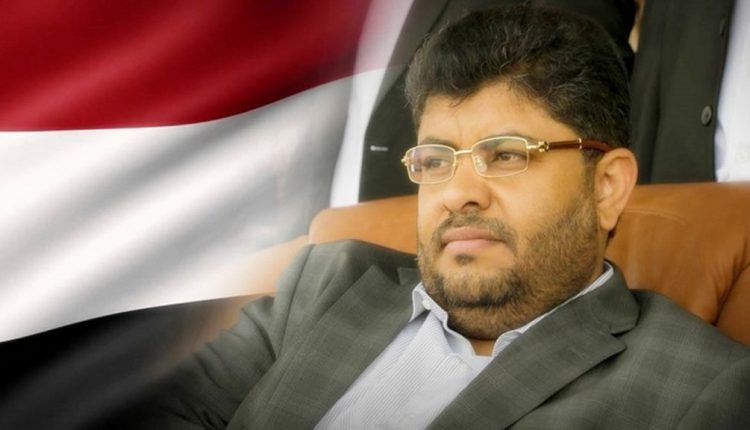 SANAA, Dec. 24 (YPA) – Mohammed Ali al-Houthi, member of the Supreme Political Council, has reminded the United Nations and the UN Security Council of its commitments to its resolutions vowing to preserve Yemen’s sovereignty, independence and territorial integrity.

He said that “Yemen’s sovereignty was violated the Riyadh Agreement,” stressing that the “final decision will remain for the Yemeni people.”

Mohammed al-Houthi pointed out that the events in the southern Provinces of Yemen prove in practice that the Riyadh Agreement was aimed at stabilizing the sharing of Saudi-Emirati influence in the southern province among them through their local factions and armed militias.

“Does this mean that the Riyadh Agreement was implemented with the Saudis receiving Aden and the Emirates handing over locations in all the occupied governorates,”? he asked in a tweet at midnight on Monday.

He furthermore asked: “Is this step the declaration of success of the US-Saudi Arab Emirates aggression countries and its allies? Or do the steps have a timeline that hasn’t started yet?”

Al-Houthi mentioned all the UN resolutions on Yemen in a list.”All of them reaffirmed a strong commitment to the unity, sovereignty, independence and territorial integrity of Yemen,” he added.

“The Yemeni people are fighting the independence battle – with a fateful struggle against invasion and mercenaries – to preserve their legitimate right to protect the Revolution, the Republic (…) and build their independent state, looking forward the future prospects with a comprehensive national vision,” Mohammed al-Houthis said.

Furthermore, he commented on Saudi journalist Jamal Khashoggi’s murder, stating: “[It was] one crime. In Yemen, thousands of crimes have been committed by the American, Saudi, and Emirati aggression and their allies. Our belief is in Allah’s justice by supporting the Mujahideen of the Yemeni people movement until victory. Victory is coming and the criminals are going towards their demise,” he said.

American coalition decides to withdraw from Abu Ghraib base in Baghdad