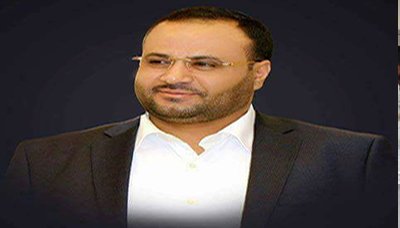 HODEIDAH, April 26 (YPA) – The General Establishment of Red Sea Ports and the executive offices in Hodeidah province mourned the death of President Saleh Al-Sammad, who was killed by the air raids in the province, according to statements obtained by Yemen Press Agency.
Al-Sammad was a courageous leader who led Yemen at one of the most difficult stages, they said in the statements.
The statements confirmed to proceed on the path of al-Sammad and his project “a hand to build, another to protects” to build a state of institutions and confront aggression.