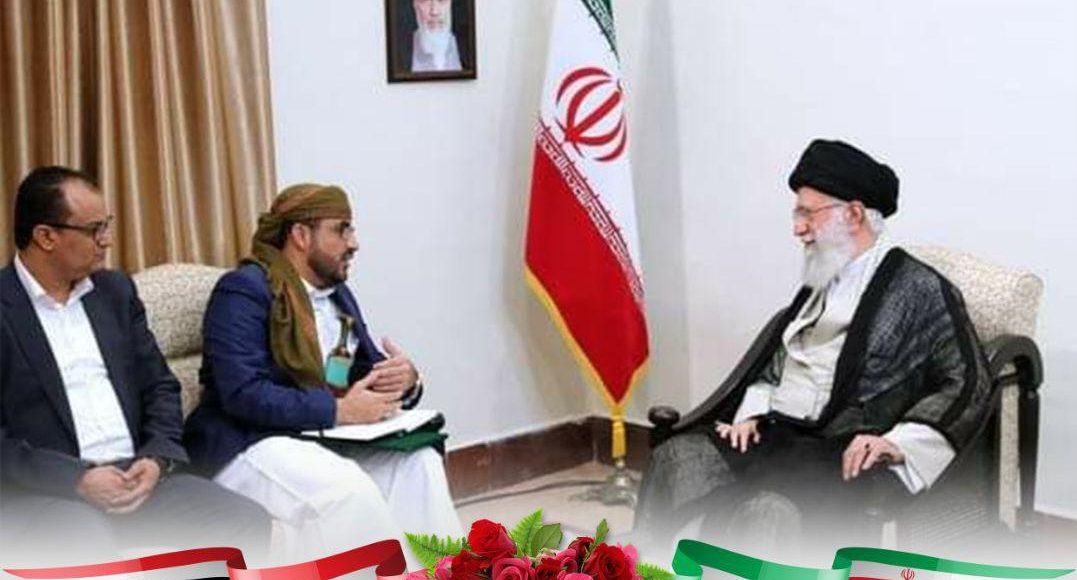 TEHRAN, Aug. 13 (YPA) – The Supreme Leader of Islamic Revolution in Iran Sayyed Ali Khamenei on Tuesday met with Yemeni delegation headed by Mohammed Abdulsalam who handed him a written letter from Leader of the Revolution Sayyed Abdulmalik Badr al-Din al-Houthi.

In the meeting, Sayyed Khamenei hailed the steadfastness of Yemeni people in the face of aggression, confirming that Irani government and people stand by Yemen and its unity against the attempt of its partition planned by the aggression countries. He stressed that “Yemen is one country and it must remain so.”

Khamenei emphasized that Yemen’s problems and issues of dispute should be resolved through a Yemeni – Yemeni dialogue without interference from others,  praising Yemen’s originality, history and civilization which has no parallel in the Arab countries.

During the meeting, Abdulsalam conveyed greetings of the Yemeni political leadership to the Iranian leader, praising Iran’s positions rejecting the aggression on Yemen and supporting the oppressed Yemeni people.

Karman calls to fight against coalition

Culture Minister stands on ruins of poet al-Bardoni house, launching appeal to save…