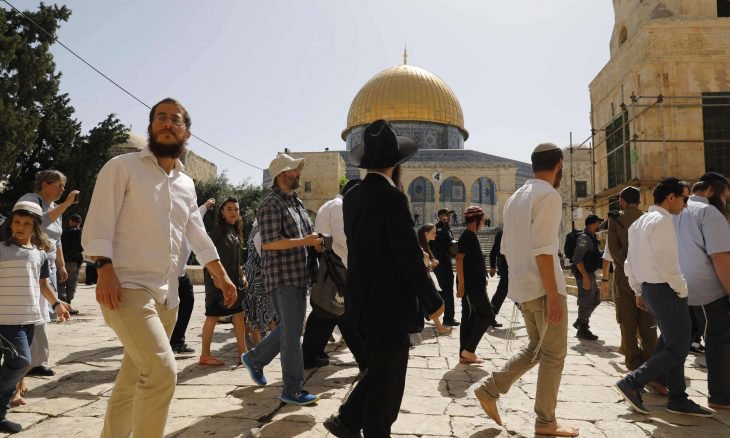 The occupation forces imposed a siege to Al-Qibli Mosque in Al-Aqsa compound and fires tear gas at Palestinian worshipers there.

According to the media outlet, a number of Palestinian Muslim worshippers were injured by Israeli police officers who were escorting dozens of Jewish fanatics performing a provocative tour of the holy Al-Aqsa Mosque in occupied East Jerusalem.

Israeli police physically attacked many of the worshippers, arrested some and chased others through the compound and went as far as the entrance to the southern ceiled building, where the worshippers barricaded, before attacking them with teargas and stun grenades.

Rouhani: Iran’s steadfastness made US back off