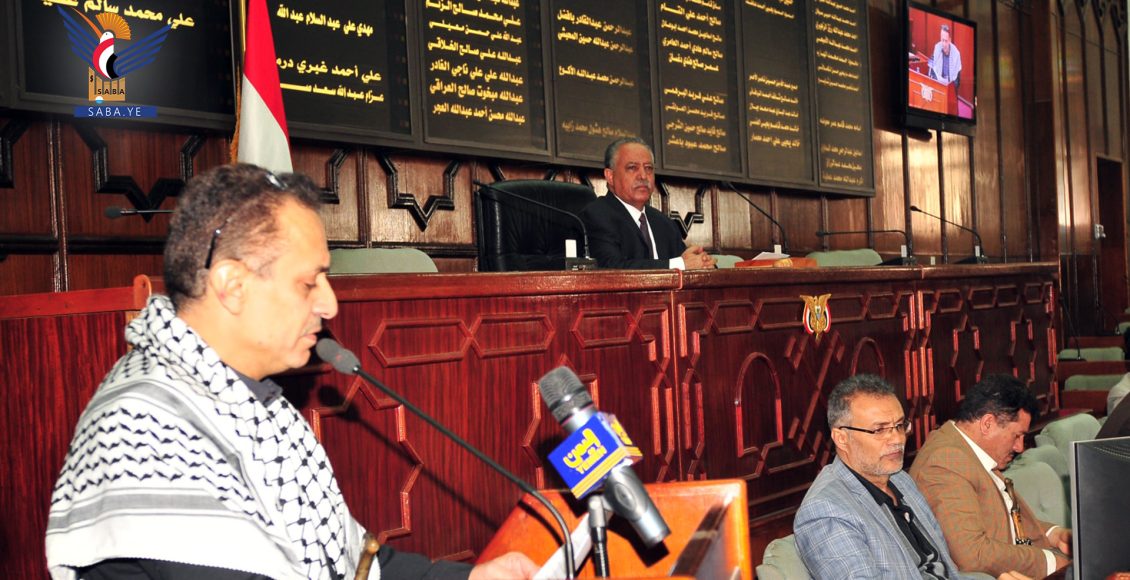 SANAA, Dec. 07 (YPA) – The Parliament appreciated the positions of the free people in the world, including parliamentarians, politicians, media professionals, intellectuals, scholars and clerics towards the injustice, aggression and siege that the Yemeni people are subjected to for nearly eight years.

The Parliament deplored the standards of the Security Council and the United Nations, which are biased towards American policy, which is trying to cover up the systematic looting of capabilities and wealth in Yemen and depriving the Yemeni people of benefiting from them in paying the salaries of state employees and improving services.

In its session, headed by the Speaker Yahya Ali Al-Ra’i, the Parliament reaffirmed the right of the Yemeni people to benefit from their oil and gas wealth and stop tampering with them.

The Parliament welcomed the visit of any delegations from the Inter-Parliamentary Union and the Union of Parliaments of member states of the Organization of Islamic Cooperation, and those from the world’s parliaments who wish to visit Yemen to know the reality of the situation in Yemen and to see the extent of the destruction left by the aggression.

The members of the Parliament also stressed the need to listen to the demands of the people, respect their will to reject guardianship over them as an independent state, and their right to protect their ports and stop the plundering of their oil and gas resources.

The Parliament called on all free people in the world to support peace options and get Yemen out of a state of no peace and no war, in order to avoid the catastrophe resulting from the repercussions of aggression and blockade.