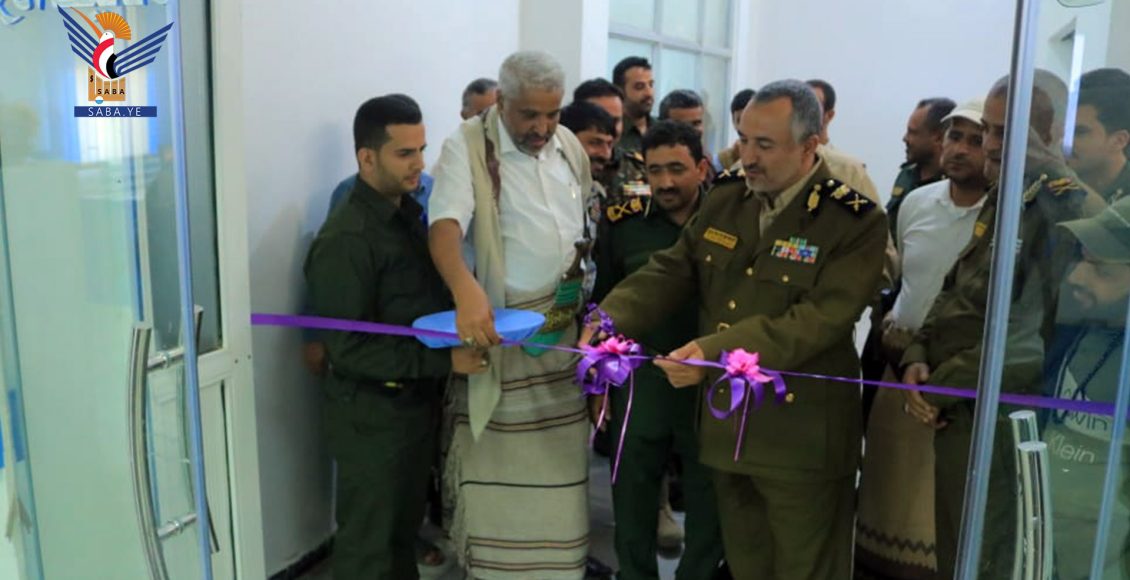 HODEIDA, Dec. 03 (YPA) – The Minister of Interior, Major General Abdulkarim al-Houthi, on Saturday inaugurated work in the command and control branch in Hodeida province, as part of the plan to modernize the security work system.

During the inauguration, the Interior Minister was briefed on the internal work mechanism of the command and control branch.

Major General Abdulkarim Al-Houthi praised the technical equipment and modern systems in the command and control branch, including the communication and decision-making center.

He pointed out that the inauguration of work in the command and control branch in Hodeidah, which comes within the framework of the national vision for building the modern Yemeni state, would make a qualitative shift in the security work in the province.

The Interior Minister appreciated the efforts of the officers and individuals in the various police units of the province, calling for more efforts to control and reduce crime, and thwart the plans of aggression targeting the security and stability of Yemen.

Al-Houthi reviews developments on national scene in meeting in Ibb