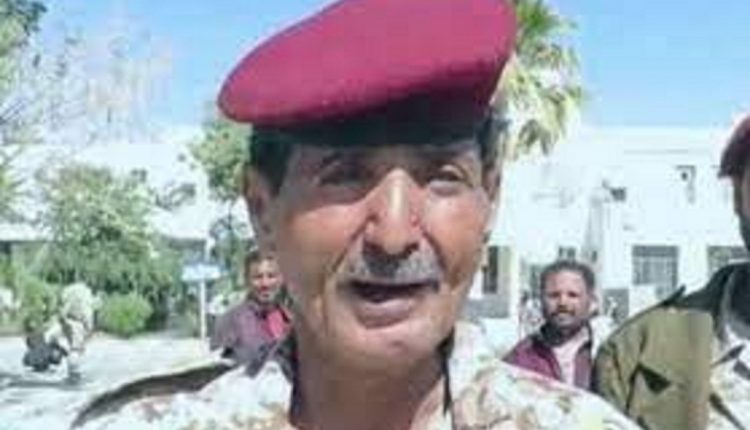 MARIB, Nov. 23 (YPA) – A senior commander accused the UAE of being behind the crime of his assassination of Defense Ministry’s adviser in the coalition-backed government, Mohammed Al-Jaradi in the city of Marib.

Saad Al-Jaradi said on Twitter , alluding to the UAE’s involvement in the assassination: “I read a report that Marib and Dubai are top the world’s capitals in terms of security, crime control, and political assassinations.”

He continued: “Two days after I read the aforementioned report, my brother, Major General Mohammed Al-Jaradi, and his companion were assassinated in a hideous manner that shakes the conscience of all Yemenis.”

The investigations into the crime showed that one of the escorts of Saghir bin Aziz, the Chief of Staff in the government backed by coalition, lured Al-Jaradi, by phone to the city of Marib under the cover of attending a meeting before he was liquidated in an ambush.

According to sources, bin Aziz’s escorts is involved in the luring and liquidation of several leaders, including the commander of Abdul Razzaq Al-Baqama and others.