1st direct flight takes off from Israel to Qatar 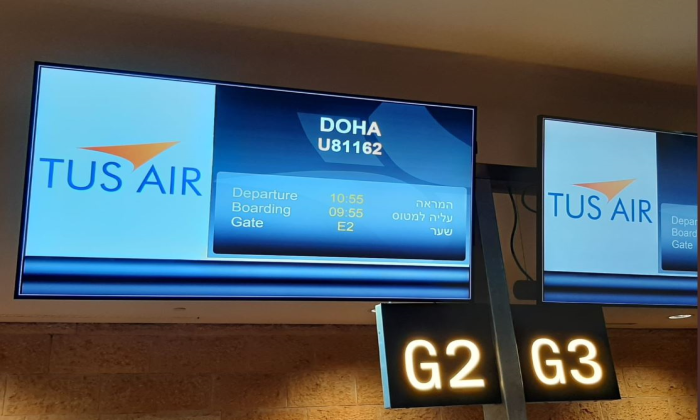 SANAA, Nov. 20 (YPA) – The first direct commercial flight coming from Tel Aviv has arrived at the Qatari capital, Doha, on the sidelines of the first FIFA World Cup matches.

Cyprus’s Airways company, Tus Airways, confirmed on Friday that it had obtained the green light from the Qatar Civil Aviation Authority to operate 6 direct flights from the occupied territories of Palestine to Doha, and six more in the opposite direction.

The flight departed on Sunday morning from Ben Gurion Airport in Tel Aviv, before arriving in Doha.

In turn, a spokesman for the Israeli enemy’s Ministry of Foreign Affairs, Lior Hayat, said that “history was made” with “the first direct flight between Tel Aviv and Doha.”

It was not immediately clear how far residents of the occupied West Bank and besieged Gaza Strip could reach Ben Gurion Airport near coastal Tel Aviv.