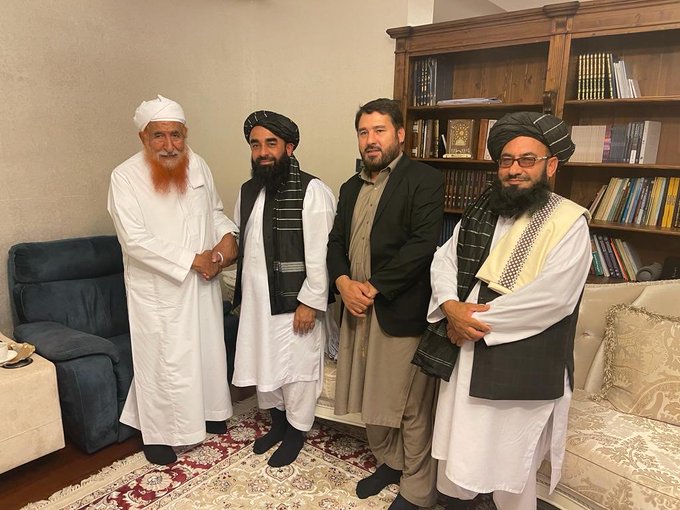 ISTANBUL, Oct. 22 (YPA)- A Taliban delegation met with Abdul Majeed al-Zindani, a prominent leader in the Islah Party, in Turkey at a time that raises questions, especially with the escalation of al-Qaeda’s attacks against the UAE-backed Southern  Transitional Council (STC)’s militia in the southern provinces, Media outlets reported on Friday

“Al-Zindani called on the Taliban to consolidate the Islamic style in sharia law in addition to consensus and unity,” he said.

It is worth noting that Al-Zindani had involved in fighting alongside al-Qaeda’s leaders in Afghanistan during the occupation of the Soviet Union before returning to Yemen and establishing al-Qaeda in the Arabian Peninsula (AQAP).

In August, al-Qaeda leader Ayman al-Zawahiri was killed in the Afghan capital,  Kabul, in an airstrike by a US drone.