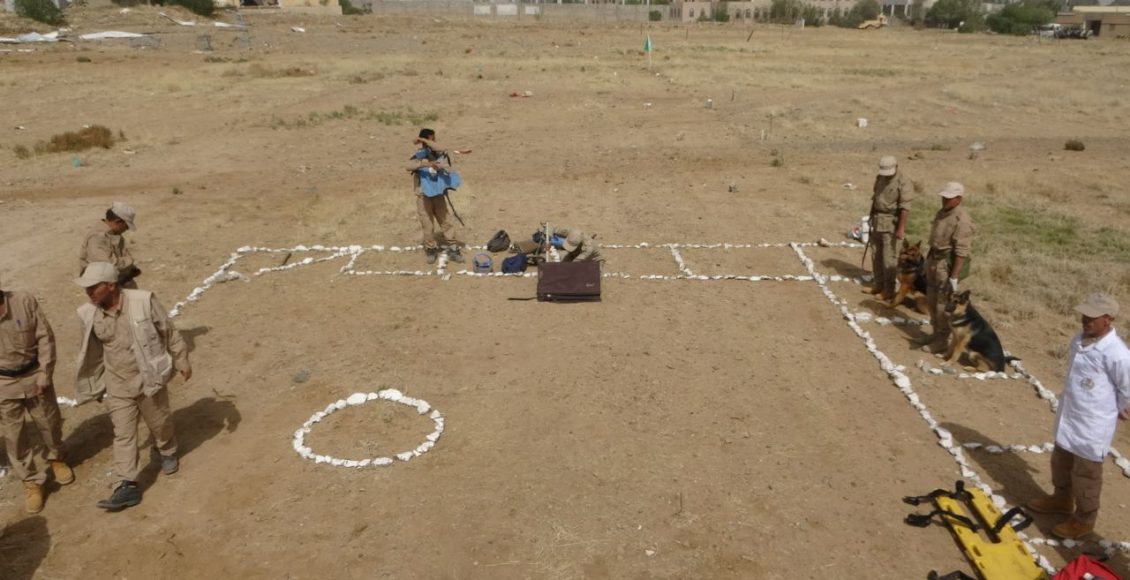 Director of the center, Brigadier Ali Sufra, in a news statement that the major obstacle to the center’s work was the cluster bombs buried underground.

Sufra confirmed the completion of the purification of villages, residential neighborhoods and roads from cluster bombs in the areas of Durayhimi and Tuhayta, and the continuation of work to purify farms as a second stage.

He indicated that the United Nations informed the center’s leadership to stop supporting the Mine Action Center at the beginning of next September, which means the continuation of the danger that targets the lives of thousands of citizens.

Sufra added that the United Nations Development Program stated that the coalition did not allow to buy the mine detectors and remnants of war on Yemen.

“The center will work according to the capabilities available and not wait for any support from the United Nations or others as a humanitarian and national duty,” he added.