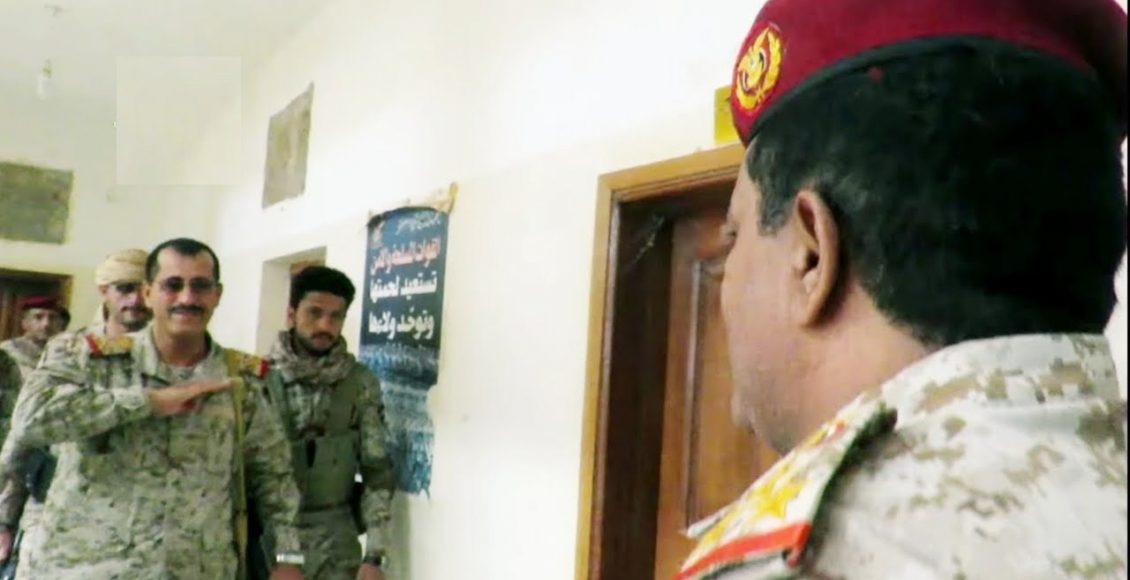 ADEN, Aug. 05 (YPA) – A senior military commander of the Islah party was subjected on Friday to an insult in Aden city, which is under the control of the UAE-funded “Southern Transitional Council (STC) militia.

Local informed sources confirmed that the elements charged with guarding the gate of the Maashiq Palace, in Crater area, prevented the deputy head of the so-called “Military Committee” Taher al-Aqili, from entering the palace, and expelled him by force of arms, during his repeated attempts to enter the Palace.

The sources pointed out that al-Aqili, who is close to the leader of the Saudi-backed Islah Party, Ali Mohsen Al-Ahmar, remained at the palace gate, trying to enter, but the STC members forced him to leave by force to head to an unknown destination.

This came after the STC prevented the “commander of the Abyan axis” and the commander of the “First Brigade Presidential Protection,” Sanad Al-Rahwa, at the end of last July, from entering the Maashiq Palace, to return to the Shaqra area in Abyan, after being summoned by the head of the Riyadh-formed Presidential Council, Rashad Al-Alimi.

Southern academic: The situation is very bad in Yemen’s south