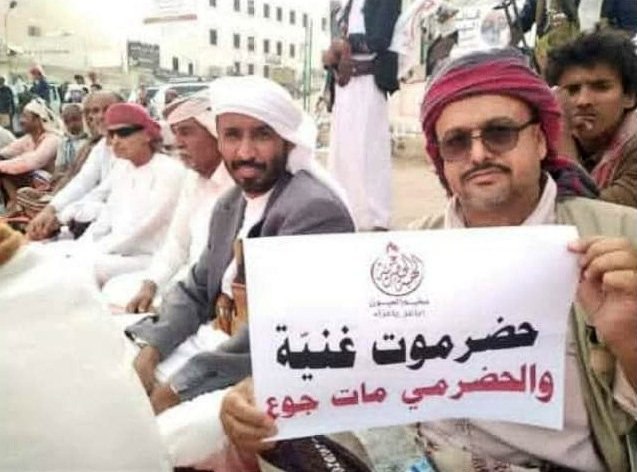 HADRAMOUT, Aug. 05 (YPA) – A Hadrami uprising leadership threatened on Friday to stop the process of exporting crude oil from Hadramout province to Dhabba port, located on the Arabian Sea, in eastern Yemen.

The leadership issued an important call to the sons of the province to move to the Sheryouf area of Sah district, where the tribal Sheikh Saleh bin Haraiz Al-Marri, who leads the tribal authority in Wadi Hadramout.

Al-Marri, the head of the uprising leadership, affirmed that this escalation came due to Maeen Abdul Malik government backed by the Saudi-led coalition did not implement the demands of the people of the province, which were agreed upon during the past months, to establish an oil refinery in the valley, give the province a share of its revenues, and provide basic services from electricity and gas, security and stability.

This came before the arrival of the giant Greek oil tanker to the port of Dhabba to loot almost 2 million barrels of Masila crude oil, with a value exceeding 180 million dollars, to be supplied to the National Bank of Saudi Arabia, and other part were distributed to the corrupt and the goverment, without providing diesel for the province’s electricity.

Last March, the Hadrami uprising closed the Petromasila Company, in response to the coalition’s failure to implement the demands of the government, Maeen Abdul Malik, and cut off the road to oil tankers from Wadi Hadramout.