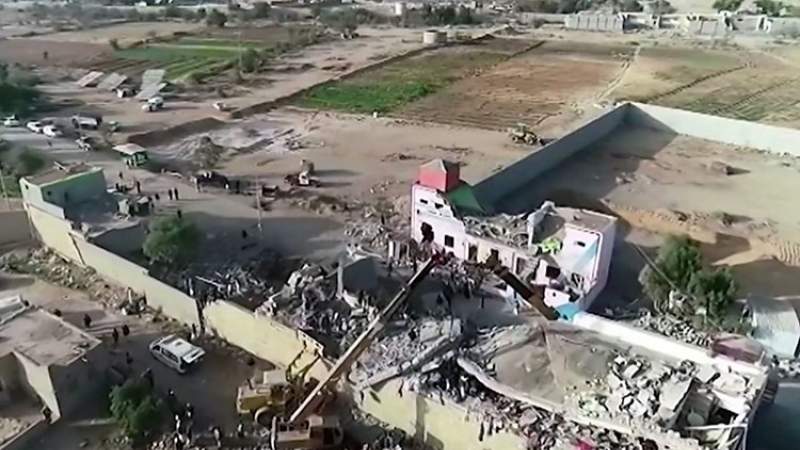 SANAA, Jan. 28 (YPA) – The Saudi-led coalition used a precision-guided munition made in the United States in last week’s airstrike on a detention centre in Saada, northern Yemen, which killed at least 91 people and injured over 200, Amnesty International said in its report on Thursday.

The laser-guided bomb used in the attack, manufactured by US defence company Raytheon, is the latest piece in a wider web of evidence of the use of US-manufactured weapons in incidents that could amount to war crimes.

Amnesty International noted  that the raids on Sana’a and Hodeidah were with US weapons, as the attack in Hodeidah cut off the Internet and deprived Yemenis of communication and information.

“The USA and other arms-supplying states must immediately halt transfers of arms, equipment, and military assistance to all parties involved in the conflict in Yemen,” the Amnesty International stressed in its report.

The organization added, the international community has a responsibility to close the gates to all arms sales that are fueling the needless suffering of civilians in the armed conflict

In the early morning hours of Friday, January 21, 2022, Saudi-American coalition aircraft targeted the Reserve Prison in Saada province, killing 91 and injuring 236, according to a final toll.

New round of Iranian-Saudi talks to be held soon