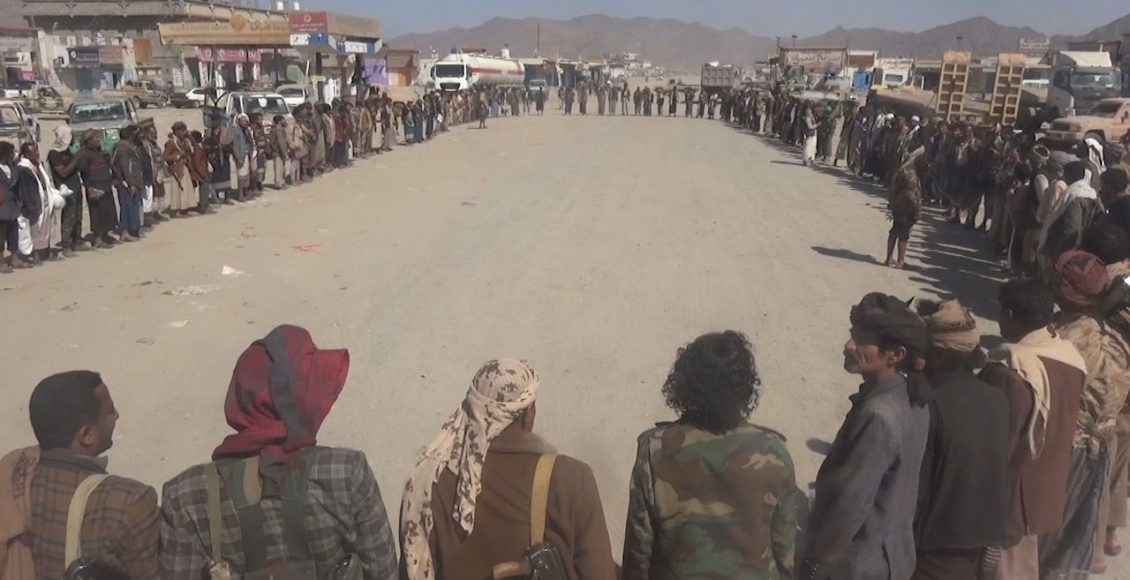 MARIB, Jan. 16 (YPA) – A tribal massive meeting was staged on Sunday by sheikhs and tribes of al-Jouba district of Marib to emphasize standing by the Yemeni army and popular forces in confronting the US-backed Saudi-led coalition and it plots targeting Yemen.

In the meeting, Marib governor, Ali Mohammed Tu’aiman, praised the honorable stances made by the people of the district and their bias towards the homeland.

The tribes stressed the importance of continuing to support of the army with the money and food convoy in deterring the forces of aggression.

The participants called on the rest of the deceived people fighting with the coalition to return to the homeland and seize the general amnesty decision.

The meeting condemned the air escalation carried out by the coalition warplanes on markets, citizens’ homes and farms, as well as public and private properties.