Sanaa reveals scenes of shooting down UAE aircraft in Shabwa 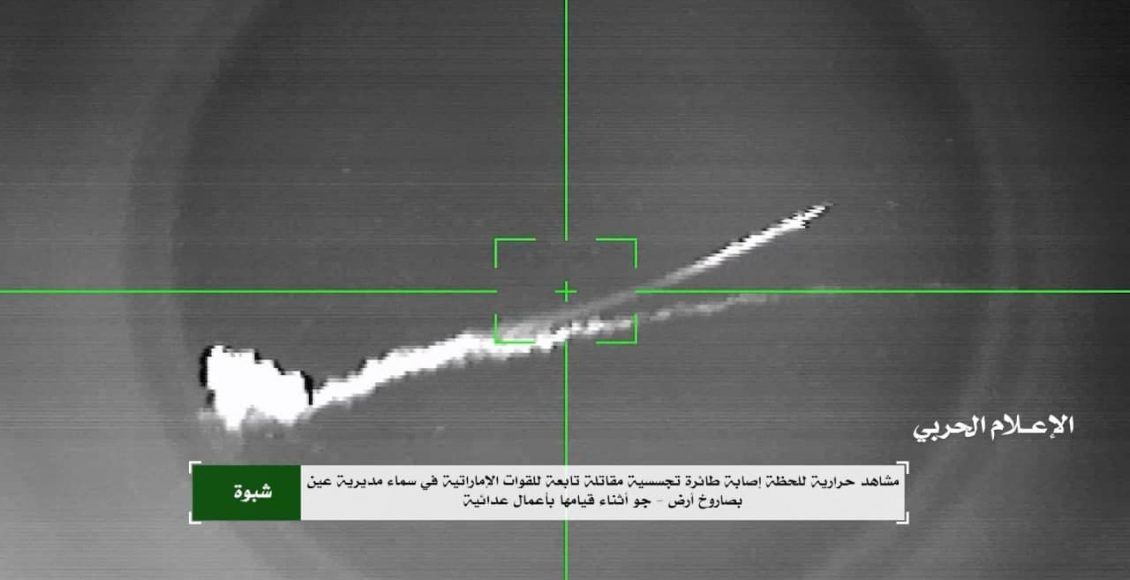 SANAA, Jan. 13 (YPA) – The Yemeni army’s military media circulated on Thursday scenes and photos documenting the moment of shooting down a Saudi-led coalition spy plane by the Yemeni air defenses in Shabwa province.

The scenes showed that a Wing Loong 2 aircraft belonging to the UAE Air Force was targeted in the airspace of Ayn district.