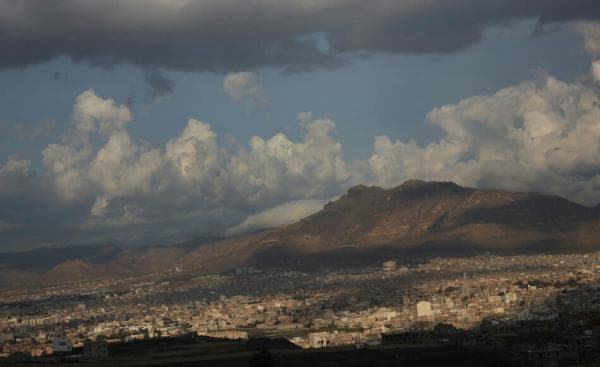 SANAA, Nov. 20 (YPA) – The National Center of Meteorology (NCM) warned against low minimum temperatures in 11 governorates during the next 24 hours.

In air weather bulletin, the center affirmed that that the weather in the mountainous heights would be clear and cold provinces of Saada, Amran, Sanaa, Dhamar, Bayda, Abyan, Lahj, Dhalea, Ibb, Jawf and Marib.

It stated that the weather in the coastal areas might be clear to partly cloudy, with the light to moderate winds reach its speed at 21 knots on Bab al-Mandab and the south of the western coast.

While the weather in the Socotra Archipelago would be partly cloudy to cloudy, and with scattered rain, and the winds to be northeasterly light to moderate, with speeds of up to 18 knots.

The center warned elderly, the sick, children, school students and workers of the cold weather in the mountainous provinces mentioned above.