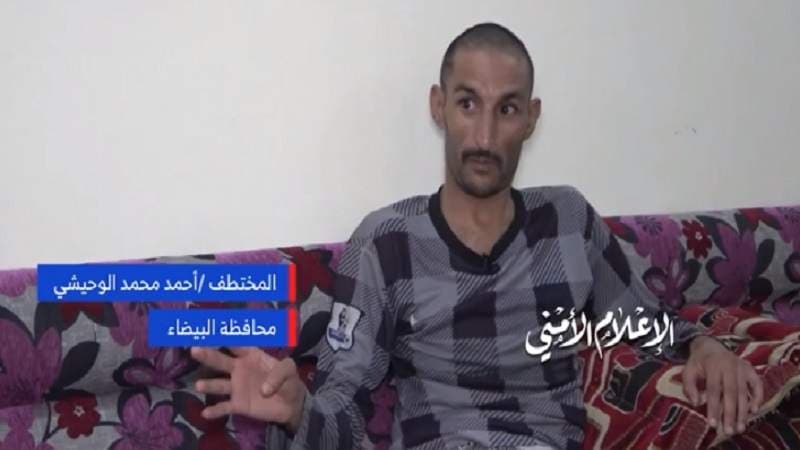 SANAA, Sept. 29 (YPA) – Ministry of Interior’s security media showed on Wednesday the testimonies of a number of abductees in Al-Hazmiye camp prison that run by Al-Qaeda elements, in Al-Somaa district of Bayda province.

The evidences revealed the crimes and tortures committed by Al-Qaeda elements, who are fighting with the coalition forces, against prisoners and kidnappers in the province.

The released kidnappers thanked the Yemeni army and popular forces, the security services and the tribesmen in liberating the province and in defeating the takfiri elements.

Al-Hazmiye camp, located near Mashra area, was one of al-Qaeda camps in al-Somaa district in Bayda, before the Yemeni army took over it.