Protests in US cities condemn killing of Al-Sanabani, demand opening of Sanaa airport 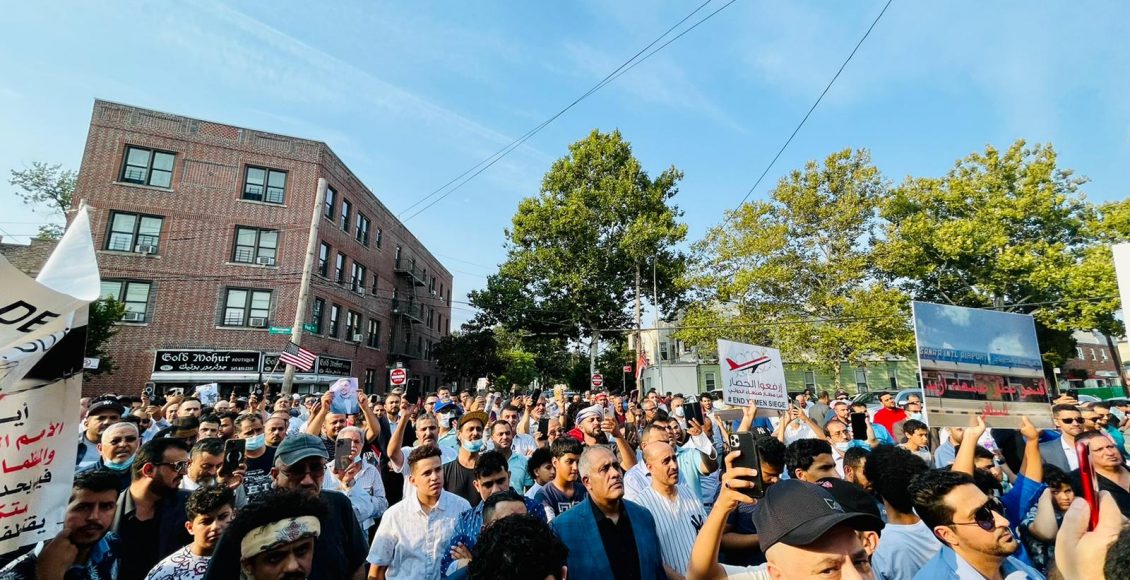 SANAA, Sept. 13 (YPA) – Tens of thousands of members of the Yemeni community and the international campaign team to lift the siege of Sanaa International Airport took to the streets of New York, Michigan, California and most states, condemning the killing  of Abdul-Malik al-Sanabani by criminal gangs affiliated with the Saudi-Emirati-US coalition aggression countries in Tor al-Baha district of Lahj province, southern Yemen.

The protesters denounced the murder of Al-Sanabanai, blaming Saudi-led aggression countries and the United Nations for this heinous crime.

They demanded that Sanaa international airport to be opened again as it is the only safe passage for the Yemeni travelers .

A number of American politicians, including the Attorney General of the Democratic Party Local Council and the US Senator for New York City, also participated in the event in New York State.

In the same context , The Yemeni American community and their allies in the United States have strongly condemned the murder of Abdul-Malik al-Sanabani.

“We are profoundly concerned with the endless military support that the United States provides to the coalition led by both Saudi Arabia and the United Arab Emirates,” a statement read..

It denounced the murder of Abdul-Malik al-Sanabani as a politically motivated assassination, and urged Yemeni independent agencies to hold the assassins accountable.

Moreover, the statement urged agencies to thoroughly investigate the murder, and called on the Yemeni people to free themselves from the shackles of Saudi and Emirati oppression and occupation.

The Yemeni American community and their allies furthermore demanded an end to all US military support and arms sales to the coalition led by Saudi Arabia and the United Arab Emirates, and urged Saudi Arabia to lift the sea, land, and air blockade on Yemen and  to reopen access to Sana’a International Airport.

The statement called on the international community to promote international human rights laws with respect to Yemen, and break their complicity in the world’s worst humanitarian crisis.