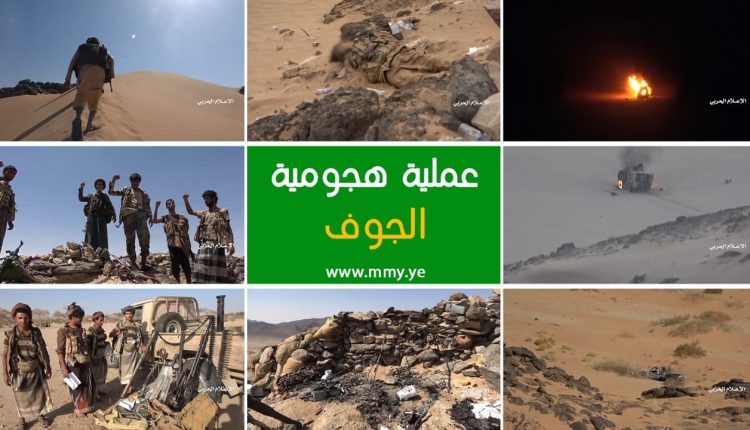 JAWF, Jun. 24 (YPA) – The army and the popular committee (Sanaa forces) took control of several military sites of the Saudi-led coalition forces in Khub Washa’af front in Jawf province, during a successful offensive operation, a military source said on Thursday.

The source explained that units of the army and the popular committees launched an offensive operation on the coalition forces sites in the “sandy hill” and the western gate of “al-Khanjar camp” on the Khub Washa’af front, which lasted for six hours.

The operation ended with the control of a number of sites and hills west of Al-Khanjar camp, and the killing and injury of a number of the coalition recruits, the escape of the rest of them, and the burning of a number of military vehicles, the source added.

He pointed out that during the operation, the fighters of the army and the popular committees seized a large number of weapons and ammunition.

The military media documented in video the stages of the operation, including the losses of the coalition in terms of military equipment, the dead soldiers, and the weapons and ammunition left by the coalition forces.

Military commander injured due to assassination attempt in Aden