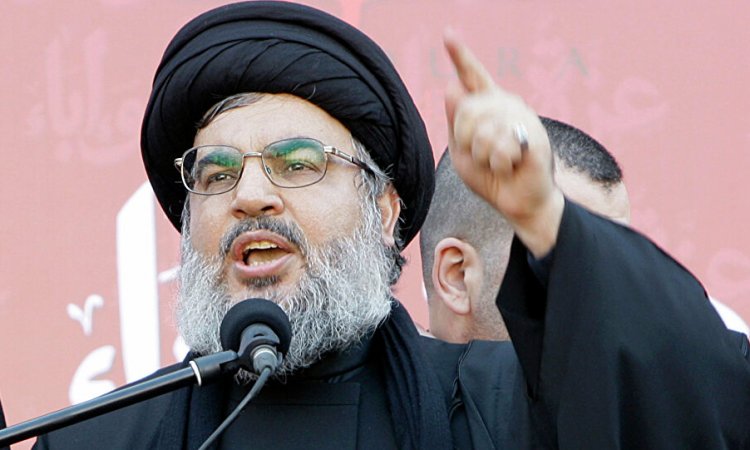 BEIRUT, Jun.09 (YPA) – Hezbollah Secretary General Hassan Nasrallah praised the announcement made by Sayyed Abdul-Malik al-Houthi, leader of  the Yemeni revolution, in which he stated  the readiness of his forces to participate in the equation of protecting al-Aqsa.

“We are working hard to reach the equation that harming al-Aqasa means a regional war, and the first  Signal came from Yemen,” Hassan Nasrallah said in a televised speech marking the 30th anniversary of the launch of al-Manar TV.

Nasrallah criticized the US mediation in the Yemeni file, saying that “the American practices the process of fraud and misinformation when he presents himself as a mediator to find a solution in Yemen.”

“When the war project fails, they go to economic means to achieve the goals they have failed to achieve militarily,” he said.

“The war on Yemen has shown that those fighting in Yemen are becoming stronger and more present in the country and the region,” he said.

Nasrallah stressed that the coalition’s countries  has failed miserably and significantly in Yemen and that today they are looking for a way out that saves their faces.