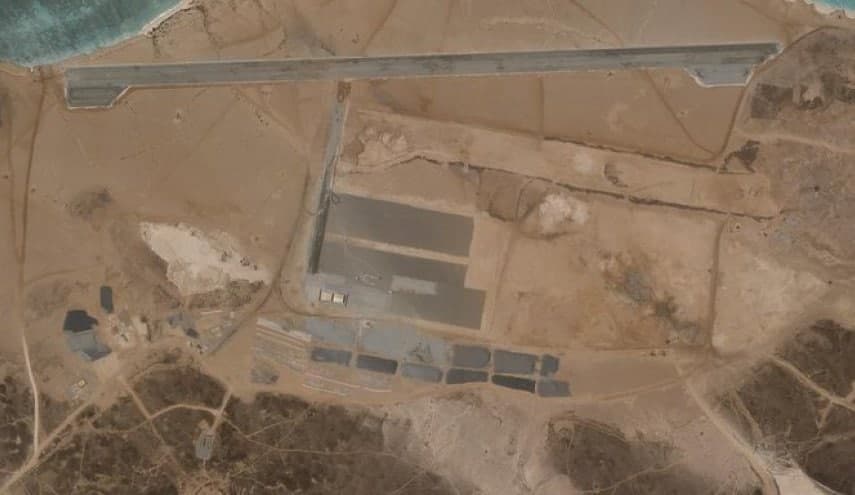 SANAA, Jun 6 (YPA) – The UAE’s steps to occupy the Yemeni island of Mayun
are established in partnership with Israel to serve its conspiracies to expand and gain influence, Gulf sources said.

The source told Emirates Leaks Website that a joint operations room was formed between the Emirates and Israel to expand its military influence on the strategically located island.

The source explained that the Emirati-Israeli coordination is based on the important position of the island of Mayon, in which the island controls over the navigation in Bab al-Mandab and the Suez Canal.

The Yemeni island of Mayun is considered one of the first areas that underwent modern occupation in the Arab world. It is also considered the Arab region that has been occupied by the largest number of major colonial empires.

Meanwhile, an Israeli intelligence website said that the mysterious base, which the media revealed in recent days, is being built on the Yemeni island of Mayon in the Red Sea, is an Emirati military project in coordination with Israel.