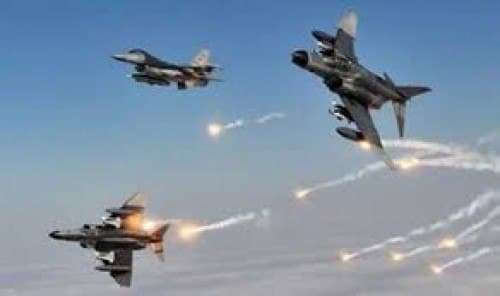 The official affirmed that the coalition warplanes waged 14 strikes on the dsiticts of Serwah, Rahba, Jabal Murad, Mahliya and Harib of Marib province.

The sources indicated that the coalition air forces launched 8 raids on Saada province, which were distributed to Al-Zahir district, the city of Saada, the communications network in Al Ammar area, and Kahlan camp.

The capital Sanaa, the coalition fighter jets targeted the areas of Al-Nahdain and Al-Nahdha with three strikes.

Meanwhile, the warplanes waged a strike on Qa Al-Haq in the district of Dhuran Anas of Dhamar province.