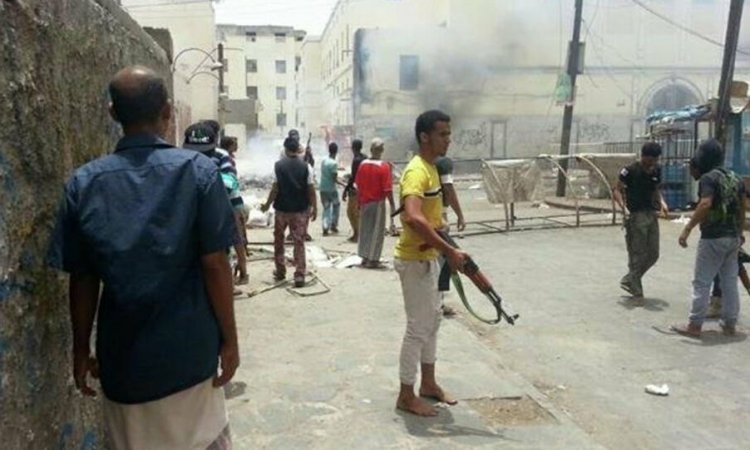 ADEN, Dec. 5 (YPA) – The city of Aden has been transformed into an open confrontation area between two major factions loyal to the UAE-backed Southern Transitional Council (STC) militias that have left people dead and wounded.

This was reported by Yemen News Portal, based on local sources.

The directorates of Dar Saad, Mansoura and Sheikh Othman have witnessed sporadic clashes, somewhat similar to guerrilla warfare, in which a number of  the security belt forces were killed and injured, the latter said.

Although the security belt forces accuse Aden security of launching  attacks on its forces led by Shalal Shayea.

However, local sources confirmed that the fighting is regionally motivated between Dhalea, which forms the security factions and the belt, which mostly brings together Yafea fighters.

The latest clashes are an extension of tension that began last week when the Saudi occupation forced Shayea’s faction to hand over camp al-Nasr and the vicinity  of Aden International Airport to the security belt forces  after clashes that almost took the city, After clashes nearly took the city, haunted by the chaos of the regional factions to another period.

Abdullah Abdul Samad, a leader of the Democratic Rally party, admitted  that the chaos in Aden was caused by the formation of STC factions on regional bases, demanding their dissolution.

Violent clashes break out inside STC’s camp in Abyan