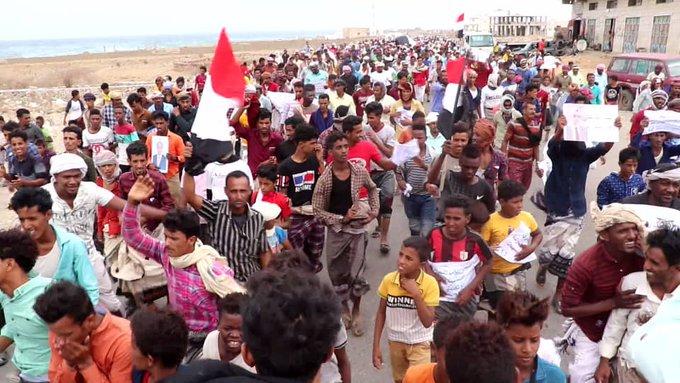 SOCOTRA, Aug. 11 (YPA) – A protest rally was organized on Tuesday by dozens of people loyal to the Saudi-backed Islah Party in Socotra province, according to sources.

The sources said that the UAE-backed Southern Transitional Council (STC) militias opened fire on a demonstration organized by the so-called “Southern National Coalition, at the military points, in Hadibo city, the capital of Socotra island, as well as closing all outlets leading to the square of the demonstration.

In the rally, funded by businessman Ahmed Al-Eisi, who is close to Islah Party, demanded the expulsion of the UAE militias, after its control of Hadibo city with the complicity of the Saudi forces in June.

Israeli soldier wounded in by resistance balloons fires in Gaza