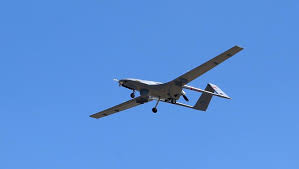 Al-Mesmari said on his Facebook page, the commander of the military operations room in the western region, Major General Al-Mabrouk al-Ghazni, confirmed the downing of a Turkish drone aircraft south of Tripoli, after taking off from the Turkish base “Maitika”.

“The military operations room considers these acts of Turkish terrorist hostilities to be a violation of the truce declared in the region,” he said.

“The commander of the operations room confirms the readiness of the national army units to deal with any security threat that endangers the security and safety of the capital and our forces,” al-Mesmari said.

The Libyan National Army spokesman posted a video that he said was for the plane that was shot down.

The video shows the wreckage of the done and one person inside the video tries to dismantle the plane, while another says “Allahu Akbar”.