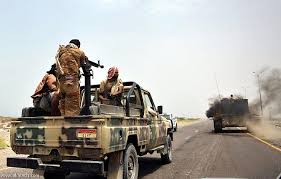 According to the sources,  al-Islah militias in Shabwah province broke into the house of Dr. Ahmed Thabet, an assistant professor of psychology at the University of Aden, and tampered with the contents of the house.

The sources added that the militias arrested Dr. Thabet and his son Nasser, a student at the Faculty of Engineering at the University of Aden and a former prisoner of the coalition militia, who was released in a prisoner exchange deal at the end of 2015.

Thabet’s family holds Ali Mohsen al-Ahmar and his followers responsible for the life and safety of Nasser Thabet after the al-Islah militia prevented the family from visiting him.