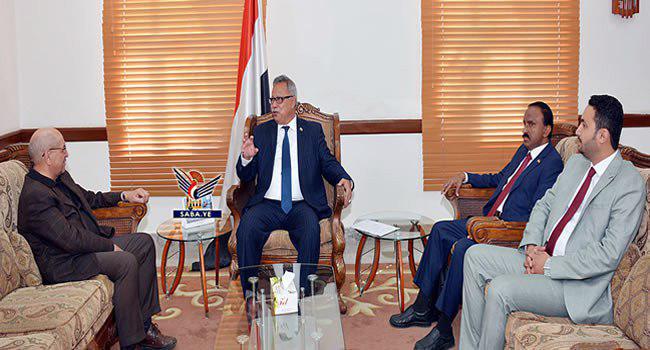 The move came during his meeting with Minister of State and Chairman of the Special Committee to consider the conditions of Zabid antiquarian city, Hamid al-Muzjaji.

In the meeting, bin Habtour affirmed the need to making the utmost official and popular efforts to preserve and protect Zabid city and other historical Yemeni cities registered in the World Humanitarian Heritage List.

The meeting called to take all measures to ensure confronting the various forms of tampering and encroachments on its architectural character and functional planning in the city.

Heavy rains cause great damage to agricultural lands in Taiz