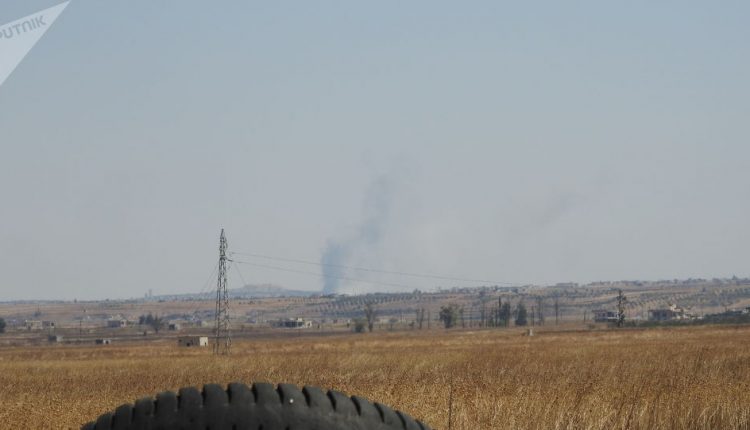 SANAA, Dec. 9 (YPA) – At least three Syrian civilians were killed on the outskirts of Al-Badia area, in the northeastern countryside of Hama by unidentified gunmen believed to be affiliated with the terrorist group “Daesh”, The State-run News Agency SANA reported on Monday

According to Media sources in Hama, the three civilians were killed after unidentified gunmen opened fire on them heavily in the Al-Tanahj area on the outskirts of Salamiyah Badia in the eastern Hama countryside.

Another field source confirmed that a group of the people of al-Tanahj district had contacted one of the Syrian Arab Army checkpoints close to the area, and reported the presence of a number of strange four-wheel drive vehicles roaming around the area.

The source said that an army patrol went to the area immediately, and as it approached the area clashed  with the unknown gunmen, wounding a number of them before they withdrew towards the depth of the eastern peaceful desert.

He pointed out that three bodies belonging to civilians were exposed to heavy direct fire from close range, and they were transferred to Al-Salamiyah National Hospital, while the army patrol combed the place.

The countryside of the eastern and northeastern cities of Salamiyah witnessed similar incidents during the past three months, with sporadic raids by militants affiliated with the remnants of the ISIS terrorist organization.