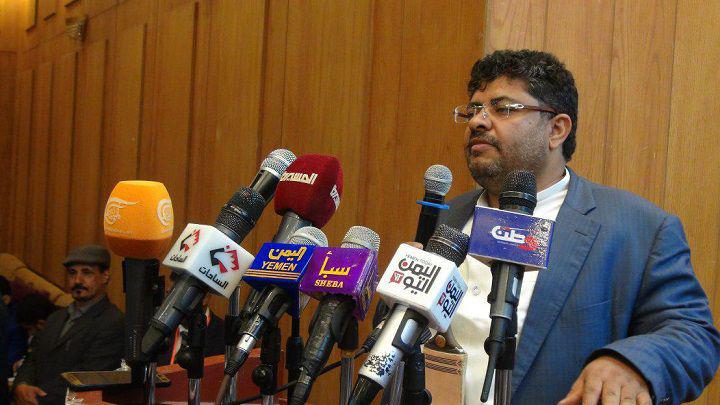 SANAA, Dec.9 (YPA) – Member of the Supreme Political Council, Mohammed Ali al-Houthi has welcomed the remarks made by the Sudan’sPrime Minister, Abdullah Hamdok regrading the withdrawal of Sudan’s mercenaries from Yemen.

Mohammed al-Houthi described the statements of the Sudanese Prime Minister regarding his plan to withdraw his country’s forces from Yemen as a “positive.”

“The Sudanese Prime Minister, Abdullah Hamdok, announced on Friday his intention to return the Sudanese soldiers, during his speech at the Atlantic  Research Council, in which he said that the presence of Sudanese forces in Yemen is (A legacy left by the previous regime) is a positive talk,” Mohammed Ali al-Houthi wrote on Twitter on Sunday. .

He added that “Bringing the forces back meets the aspirations of the Sudanese People and saves lives.”

On Friday, Sudan ‘s new Prime Minister Abdalluh Hamdok has pledged to withdraw all Sudanese troops from the conflict.

The move came during his speech at the Atlantic Council in Washington on Thursday.

“Sudan’s only involvement in the war in Yemen should be to help the warring parties reach a political solution to the crisis,” Hamdok said.

“The government has inherited the military involvement in Yemen from the previous government of longtime leader Omar al-Bashir, who was toppled in April after a popular uprising against his rule,” he added.

“The conflict in Yemen has no military solution, whether from us or from anywhere in the world,” Hamdok said. “It has to be resolved through political means. We will help our brothers and sisters in Yemen and play our role with the rest to help them address this.”

Sudanese soldiers and paramilitary fighters have been unofficially fighting alongside the Saudi-led coalition against Yemen’s Ansarullah movement and National Salvation Government, in return for Saudi payments to the al-Bashir government.