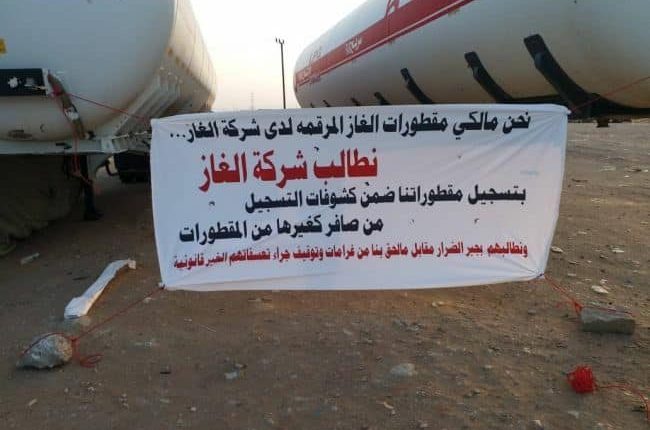 MARIB, Nov. 8 (YPA) – Dozens of domestic gas vehicles owners  carried out a protest for the fourth day as a result of the arbitrary measures against them by Saudi-backed authorities in Marib province, local sources told Yemen Press Agency on Thursday.

They continued their strike as a rejection of the actions which they described as an illegal which is taken by Yemen’s Safar Company in Marib.

The capital sanaa and a number of Yemeni provinces are suffering from petroleum and domestic gas crisis because of the arbitrary measures of coalition-backed militants by reducing the share of gas for the northern provinces.